This morning, more than 100 people gathered at Clovis Fire Department Station #1 to honor a Clovis hero, Roger Dial.  Captain Dial of the Clovis Police Department, a well-respected civic leader, has been diagnosed with stage 4 cancer and he and his family are currently starting treatment.

Garret Nash, a driver/operator with the Clovis Fire Department, organized a “show of support” event in an effort to show Captain Dial and his family that local firefighters/EMS, local law enforcement, and the entire community are there to support their family as they battle his diagnosis.

In all, approximately 70 people took off their caps and shaved their heads bald during the event.  The majority, fire fighters and law enforcement, along with community leaders, kids, and one brave female emergency dispatcher were all in good spirits as they shed their locks in support of the Dial family.  “As firefighters and police officers, we work closely together, brothers and sisters through and through”, said Nash, “we all work closely together and so we thought it would be nice for us all to come together and show support for him in this tough time.”

All three shifts from the Clovis Fire Department, along with the Clovis Police and County Sherriff’s Offices were on hand in support of the event.  Organizers plan to present Captain Dial and his family with a video of the event and a large banner that was signed by all in attendance.

Captain Dial has been with the Clovis Police Department since 1993.  He is currently the Support Services Division Commander with the department. 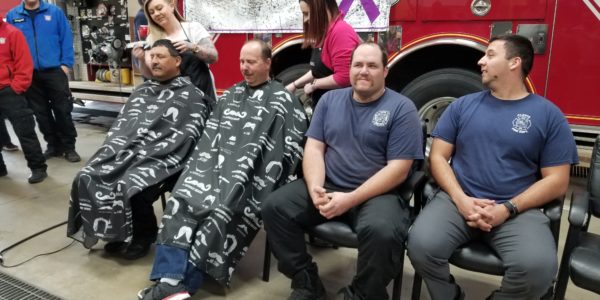 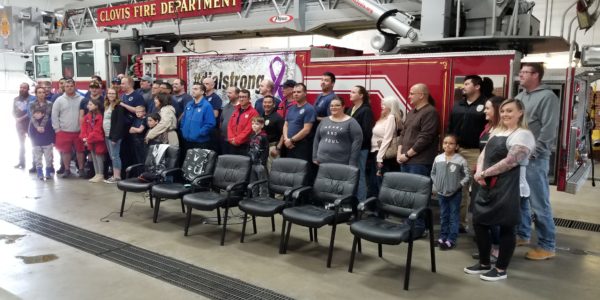 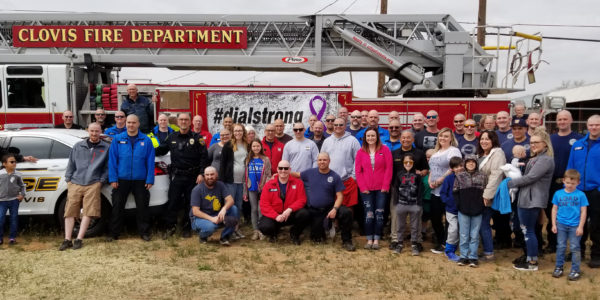 HOLIDAY TRAVEL TO REACH HIGHEST TRAFFIC INCREASE SINCE 2005: TIPS ON HOW TO AVOID THE OVERLOAD

FUTURE GREYHOUNDS HERE’S YOUR CHANCE TO WIN A COLLEGE SCHOLARSHIP

ARREST MADE IN CONNECTION TO TEEN HOMICIDE