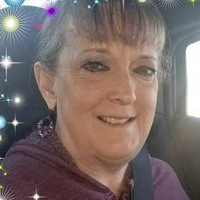 The daughter of Carl A. and Vera Janelle (Sluder) Banks, she was born March 3, 1958 in Pampa, Texas.  Linda attended school in Borger, Texas graduating with the Class of 1976.  She has resided in Guymon for the past year and a half, returning from Phoenix, Arizona.

She was a member of the Connection Church, worked at Seaboard Foods in production, was a teacher aid in Plano, Texas.  Linda never met a stranger.

She was preceded in death by her mother, Janelle Banks on February 20, 2018.

Friends can sign the online guestbook and leave condolences at www.bunchroberts.com. 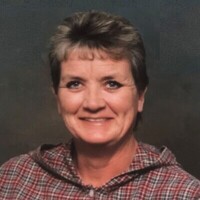 The daughter of Neal Lesley and Ruth Evelyn (Cain) Radford, she was born December 8, 1957 in Dimmitt, Texas.  Carolyn graduated from high school in Eagle Pass, Texas in 1975.

She moved to SW Kansas in 1989 from Amarillo, Texas.  She worked in the farming industry and as a scale operator at Elkhart Co-op and Seaboard.  She had also worked in the healthcare industry.

Carolyn was married to Calvin Lamaster on November 3, 2013 in Elkhart, Kansas.  She was a member of the Rolla Methodist Church and enjoyed sewing and crafting.

There will not be a public service for Carolyn, but friends are encouraged to sign the online guestbook and leave condolences at www.bunchroberts.com.

Memorials in Carolyn’s name can be made to the Rolla Senior Center.  Memorials will be accepted at the Bunch – Roberts Funeral Home, PO Box 1112, Guymon, OK 73942.

James Michael Landress, 77, of Lubbock passed away on Sunday, November 22, 2020 in Lubbock. Michael was born to Jimmy and Jeanne Landress on November 29, 1942 in Dallas. He graduated from Dallas Jesuit High School in 1961 and Texas Tech University in 1975 with a master’s degree in Architecture. After graduation, he worked for BGR Architects for many years until opening his own firm, Landress Architecture, Inc in 1992. He worked primarily for the government agencies of DeCA and Cannon AFB, New Mexico. In September 1975, Michael and Linda Kay Vance were married in Lubbock. They celebrated their 45th anniversary this year.

Aside from his wife, Michael has two daughters who survive him, Jennifer Meagan Landress Waller (Tim) and Amanda Erin Landress. He’s also survived by two grandsons, Joshua Mackenzie Waller and Jonah Braden Waller, both of Oklahoma. Also surviving is his younger brother Roger (Judy) niece Leela and nephew Bailey. He joins his parents, his older sister Barbara whom he never had a chance to meet and other family members and friends who have been waiting for him.

Since learning of his rare blood cancer some 25 years ago, he was intent upon donating his body to the TTUHSC medical school. This eventually became impossible, but the thought was one of love and generosity. In later years, he was also diagnosed with Alzheimer’s dementia. He has now been restored to full health!

Because of Covid19, a memorial service may be held at a later date. Cremation arrangements are under the personal care of Combest Family Funeral Homes in Lubbock. Please visit www.combestfamilyfuneralhomes.com for more information.
If you would like to make a donation in his name, please consider Lubbock Ronald McDonald House or your favorite charity.

Rest In Peace, my love…. you’ll be missed every day!
Dad, thanks for loving us so well. I couldn’t have asked for a better dad, Jennifer. “Anyone can be a father, it takes someone special to be a daddy.” Amanda

Troy Lee Jones passed into Eternal Glory on November 22, 2020, in Lubbock, Texas. He was surrounded at death by his wife of seventy years and his devoted children. Troy’s life was defined by his devotion to the Lord, a fierce American patriotism, and a specialty for salesmanship – traits that can be seen in the children and grandchildren that he raised. Troy drew the first breath of his extraordinary life on May 14, 1924, in Radium, Jones County, Texas. Born to Georgia Mae Loudder and Lacy D. Jones, Troy grew up in small towns on the South Plains before graduating from Sparenberg High School in 1941.

After high school, Troy worked several jobs, including that of Civilian Quartermaster at Lamesa Field, a United States Army Air Force glider training school. Despite qualifying for a deferment and against his mother’s wishes, Troy enlisted in the United States Army in 1943. He trained at Fort Sill, Oklahoma, Indiantown Gap Military Reservation, Fort Indiantown Gap, Pennsylvania, and Fort Hamilton, Brooklyn, New York. A member of the 487th Port Battalion, Company B, 5th Engineers Special Brigade, 1st Army, Troy trained for Operation Overlord with his fellow soldiers in Wales’ Rhondda Valley before landing on Omaha Beach during the first wave of the Allied invasion of Normandy on June 6, 1944. A recipient of multiple campaign awards and the Purple Heart, Troy served the remainder of the war in Antwerp, supporting supply chains to arm and feed the Allies, all the while under constant bombardment by the Nazis.

After returning from Europe, Troy lived in Lamesa where he worked for several years before meeting the woman with whom he would spend the rest of his life. Troy and Minnie Margaret “Marge” Ward met on blind date on New Year’s Eve, 1947 and the couple married on March 31, 1950, in Lovington, New Mexico. Troy and Marge lived and worked alongside one another for the next seventy years and their devotion to one another was evident even during the final days of their life together. The couple was blessed with three children during the decade following their marriage.

A salesman from the time he peddled ointment door-to-door as a boy, Troy began his formal sales career at Fair Department Store in Lamesa the week following his marriage. He worked in and managed consumer sales enterprises for over fifteen years until he operated his own – Jones Department Store – in Silverton, Texas. Troy was elected to the Silverton City Council and served as the town’s mayor during the twenty-two years he lived there. The couple sold the store in 1986 and moved to Lubbock, where Troy worked in several sales positions prior to his retirement in 1999.

Troy accepted Christ as his Savior at the age of seven and was baptized in Moran, Texas. He spent the next nine decades living his faith with his family and his community. Troy was an active member in several Baptist churches and was an ordained deacon.

Ruby Nell Hemphill of Lubbock passed away on Monday, November 23, 2020 at the age of 82. She was born April 30, 1938 in Bonham, Texas to James and Jewel (Doty) Hunt. Ruby had a heart for children. She owned Ruby’s Head Start, retiring in December of 2019 after more than 30 years. She loved to cook, especially when it involved spending time with her family. Ruby was a collector of porcelain dolls and a faithful member of Lifepoint Baptist Church.

Those left to cherish her memory are her daughter, Lenda Blackmon and husband Eugene of Seminole; brothers, Joe Hunt of Wolf City and Henry Hunt of Amarillo; seven grandchildren; 10 great-grandchildren; five great-great-grandchildren; and many nieces, nephews, and numerous children and families whose lives she touched over the years.

Open visitation will begin at 9:00 a.m. Saturday, November 28, 2020 at Combest Family Memorial Chapel with services starting at 11:00 a.m. Masks will be required, and the service will be livestreamed on the Combest website. Interment will take place at 3:00 p.m. at the Gaines County South Cemetery in Seminole. Memorial donations in Ruby’s name can be made to Lifepoint Baptist Church, PO Box 98174, Lubbock, TX 79499.

Frankie Joe Moorhead, 73, of Lubbock passed away on November 24, 2020. He was born February 27, 1947 to Floyd and Christina (Colts) Moorhead in De Leon, Texas. Frankie proudly served his country in the U.S. Army. He was a hard worker who loved life and enjoyed fishing and spending time with his children and grandchildren. Frankie was a loving father and grandfather. He spent many years driving trucks across the country before he retired.

He was preceded in death by his father, Floyd Moorhead and his sister Wanda Kyle.

Arrangements for Teresa Madril, 43 of Las Cruces, NM are pending with Chavez Funeral Home in Santa Rosa. Teresa passed away Tuesday evening at the Heart Hospital of New Mexico in Albuquerque following an illness.